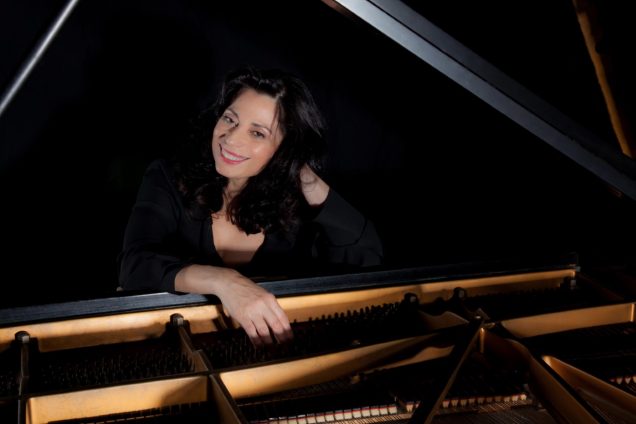 Born in Buenos Aires, she studied first of all with Ana Gelber. She was then coached by Bruno Leonardo Gelber, who became her mentor and with whom she gives her very first concert at the Colón Theater in Buenos Aires conducted by Pedro Ignacio Calderon.

In 2000 Marcela Roggeri gave a memorable concert with the Brazilian pianist Marcelo Bratke at the Wigmore Hall in London for the release of their CD dedicated to the complete works for two pianos by Aaron Copland: "The Open Prairie". The critics were unanimous in their acclaim. The Independent described the concert as 'uniquely exciting... the pianists only looked at each other when they started a piece because they felt the music together'. And the Royal Academy Magazine added: 'the pianists performed a spirited programme of music that almost had us dancing in the aisles of the Wigmore Hall...'

Marcela Roggeri continues to work with Marcelo Bratke giving several performances combining two pianos and percussion with Meninos do Morumbi and Charanga two bands of musicians drawn from the favelas of Brazil. The concerts were an extraordinary success wherever they performed, from the Queen Elizabeth Hall in London to the concert halls of France,Brazil and Argentina.

This project also shows Marcela Roggeri's personal commitment to charity work and she often gives concerts and masterclasses in aid of charity organisations fighting against poverty.

Her recordings "Pièces pour piano" d'Erik Satie, Domenico Scarlatti "Piano Sonatas", and the "Complete Works for piano solo" by Sofia Gubaidulina, all with the label Transart Live, have been highly acclaimed by the international press. She also recorded one CD Piazzola with Magali Leger, one CD Guastavino with Florent Héau and she just released a CD of Padre Soler, for the label Transart Live.

Critics are unanimous to greet "the most french of argentinian pianists" as she is now nicknamed.The Magazine Classique News and Le Monde de la Musique stress her "pianistic qualities".

Marcela likes to combine different disciplines: she works with indian dancer Ash Mukherjee and shows to the public not only the music but also the texts of Erik Satie with the programme "L'Univers d'Erik Satie", together with François Castang. In Latin America she creates the concert "Satie y los Otros" with actors China Zorrilla and Jean-Pierre Noher and with actress Elena Tasisto the show "Vivir en el Fuego" with poems by Marina Tsvetaeva and music by Sofia Gubaidulina.

Marcela lives in London. She regularly gives solo egularly in recital, with orchestra or in chamber music. Her extensive repertoire spans from Scarlatti to Gubaidulina, from Soler to Copland, without forgetting the composers from her Latin American roots: Villa-Lobos,Ginastera, Guastavino and Piazzolla.